Comfrey (Symphytum officiale) is an evergreen perennial with a short, thick stem, large basal leaves with tiny leaf hairs, and a tuberous and extensive root system from the Boraginaceae family. Comfrey is a native plant to Europe and Asia and was originally cultivated in Europe over 2,000 years ago, for its incredible anti-inflammatory, analgesic, and tissue regenerating properties (Stickel and Seitz, 2000). The word “Symphytum” comes from the Greek word, “Syumphuo” which means “to make grow together”. Both the leaves and the roots can be used medicinally, with the most medicinal properties present in the latter. The plant was traditionally used to heal everything from cuts, burns, sores, bruises, to internal ailments such as, broken bones, digestive problems, respiratory illnesses, or internal bleeding. Comfrey traditionally was administered in a large variety of ways. Poultices and salves were common for topical treatments, and tea, mucilage (syrupy tincture with honey and glycerin) or tinctures, were created and administered for internal ailments. Comfrey was introduced to Canada from Europe in the mid 1900’s (Ollman, n.d.). Recently, Comfrey has been regarded in permaculture as the “Dynamic Accumulator”. A perennial, Comfrey has enough time to grow roots deep into the sub soil, to break up compaction and gather nutrients that other plants cannot get, use, or bring to the surface. Their large accumulation of macro and micronutrients means that Comfrey leaves are used to make a compost tea, put on crop beds as mulch, or green manure to jump start compost. Traditionally, their large accumulation of nutrients and large tuberous roots makes them a nutritious food source for humans, but consumption has ceased due to recent discovery of pyrrolizidine alkaloids (PAs). Comfrey is also widely used as a forage crop, with sharp leaf hairs, cut and let wilt to make palatable for animals. Comfrey, with an established root system, can provide numerous cuttings a year making it a very close competitor to other forage crops (Garms, 2016). END_OF_DOCUMENT_TOKEN_TO_BE_REPLACED 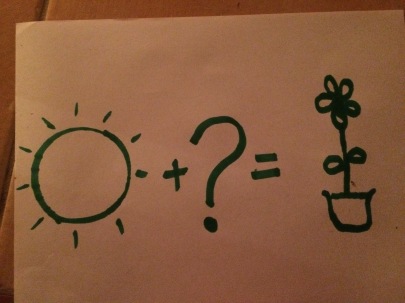 While studying agriculture at The Evergreen State College, the first lecture my professor gave contained an interesting bit of information: scientists have yet to figure out exactly how photosynthesis works. The professor explained that scientists had succeeded in breaking down the process of photosynthesis into a sequence of over 300 individual steps, but even all this failed to provide a complete explanation of how plants convert sunshine into energy. Even with today’s mind-numbingly expensive laboratories, centuries of experimentation with plants, and brilliant scientists, the most fundamental biological process on earth, one that occurs all around us everyday, remains a mystery.

Comfrey Tea is a fermented liquid fertilizer that can be easily made at home and used to provide nutrients required by your plants to grow and thrive. Comfrey plants are very easy to grow, they produce large quantities of biomass, can grow in depleted soils and will regrow quickly after harvesting. Comfery Tea contains potassium, phosphorus, calcium, trace minerals and compounds that help regulate vegetative growth and stimulate flower and fruit production.

4) Stir bucket once or twice a day.

5) Strain the tea or draw liquid off the top, avoiding sediments. Dilute tea with 4 parts
water and irrigate your plants as you normally would.

Comfery Tea and Comfery Plants are available form Alamere Herbs and Botanicals throughout most of the year: Contact Us.

Comfrey Tea is a fermented liquid fertilizer made from the leaves of Comfrey plants. Comfrey's deep taproot allows it to mine nutrients from deep in the soil. These nutrients are persent in all parts of the plant and make it a potent source of nurients for gardens and lvestock. Comfrey Tea supples the majority of nutrients we feed to our nursery stock and field crops. We are now offering bottled Comfrey Tea for home use. Click Here to learn more. 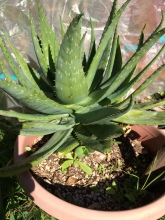